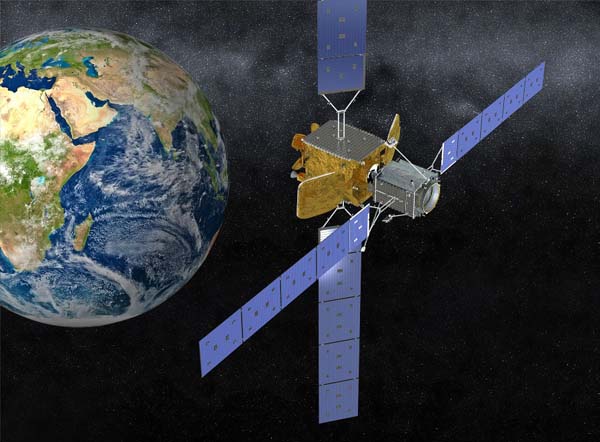 For the first time, remote-controlled spacecraft have begun servicing communications and Earth observation satellites in geostationary orbit to extend the amount of time they can remain in service.

Geostationary Earth Orbit (GEO), a circular equatorial orbit at an altitude of 35,786km, allows a satellite placed there to remain apparently fixed over a point on the Earth's surface. Being very useful for communications, navigation and Earth observation, this orbit has become home to hundreds of satellites from many nations over the decades. These "GEOsats" use onboard propellant for attitude control and to maintain their exact position in orbit ("stationkeeping"). Over the years this fuel runs out, and so using the last dregs, the otherwise still-functional satellite is consigned to a "graveyard orbit" some 300km higher than GEO, where it is switched off.

In recent years however it has become feasible to start sending servicing spacecraft to rendezvous with near-empty GEOsats, and perform on-orbit servicing and mission extension activities, such as taking over stationkeeping duties. Many companies are now beginning to offer these services.

The first of these companies to launch a servicing mission was SpaceLogistics, a wholly-owned subsidiary of Northrop Grumman. It began operating its Mission Extension Vehicle (MEV) fleet of commercial on-orbit servicing spacecraft in 2019-2020.

Once launched into an initial elliptical orbit, a MEV would spend months using its electric propulsion system near-continuously to raise and circularise its orbit to match that of its target client satellite. After some time in rendezvous and proximity operations (RPO), a MEV would use telerobotics to dock with the satellite. It would then use its own propulsion system to take over manoeuvering and attitude control duties, extending the satellite's functional lifetime for however long the client wished. The MEVs have enough fuel to service several satellites in this way, and can move from one satellite to another as and when client contracts dictate. 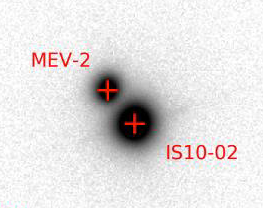 The first MEV mission in 2019-2020 saw "MEV-1" return Intelsat 901 back to active service. This satellite had been dormant for some time in graveyard orbit. MEV-1 repositioned Intelsat 901 back into geostationary orbit, where it will remain in service for several years until completion of contract. MEV-1 will then put it back where it came from and move on to the next client. Lessons learned during observations of this mission were applied to those of the "MEV-2" mission in 2020-2021.

The MEV-2 mission saw the first servicing of an active satellite in GEO, Intelsat 10-02. MEV-2's orbit-raising manoeuvres to GEO were followed closely by the coalition, which for this mission included the LT using its IO:O hi-res camera. The LT became involved through a request from the University of Liverpool (UoL) who had been involved with the coalition for some time. IO:O also provided imagery for the RPO phase of the mission, where MEV-2 circled Intelsat 10-02 at close quarters and then docked. Observations by the LT and others in the coalition also proved that during RPO the two satellites could still be separated in the data using spectroscopy and polarimetry.

At the same time, a separate team used the LT's MOPTOP polarimeter to also observe the spacecraft in polarised light, both before and after docking. The team, led by Klaas Wiersema and Paul Chote of University of Warwick Astronomy and Astrophysics Group found the two spacecraft could be well separated in the data. Observations continued for several weeks after docking so that the polarimetric signature of the "combined stack" could be compared to those of the separate spacecraft previously.

Their data shows the polarisation of MEV-2 and Intelsat 10-02 does indeed differ after docking. The team will now compare the measured polarisation values as a function of viewing angle, with detailed numerical models of the reflection off the flat solar panels and main body. Comparing them to the known orientation of the satellites will determine if polarisation observations can indeed provide independent measurements of spacecraft orientations.