The icy conditions at the Observatorio del Roque de Los Muchachos (ORM) that began in late January are continuing. Though not as severe as it was through to mid-February, they are preventing the ice from melting as fast as we would like. Temperatures regularly dip below freezing, replacing some of the ice that may have melted in the interim.

Solid ice up to 50cm thick is packed in the enclosure mechanisms on the north-west side of the LT, out of sight of the exterior webcam, and that prevents the enclosure from opening. The low or freezing temperatures, coupled with the lack of sunlight on that side of the building, means the ice can only disappear very slowly.

Removing the ice using antifreeze, salt or other chemicals is forbidden as the ORM is in a national park, and the salt especially would cause corrosion. Blasting the ice with a hot air blower would be very expensive for a start: we would need a huge device to deal with the amount of ice we need to melt, and we'd also run the very real risk of burning the hydraulic pipes and other mechanisms as the ice disappeared. Trying to chip the ice off also risks damaging the components underneath. So we are just having to wait for ambient conditions to remove the ice, and Winter is not yet over.

Update: 28th February: The last 48h of stormy weather with above-zero temperatures and strong winds and rain may have melted a lot of the ice that was jamming the enclosure. Our engineering and maintenance support contractor Dirk Raback cannot check however, as all access roads to the mountaintop are still closed due to storm damage — rockfalls and trees across the road. The next check is scheduled for this Friday, 2nd March. 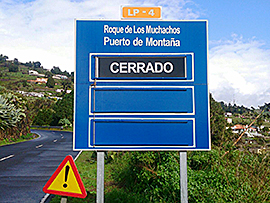 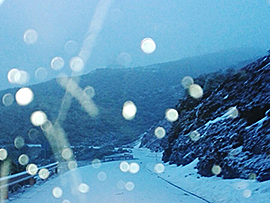 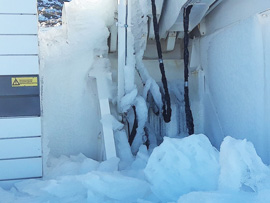 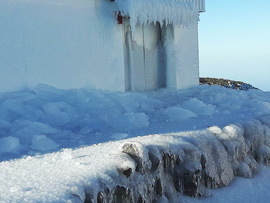 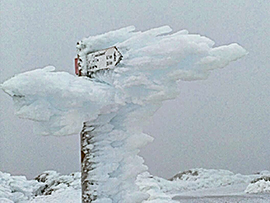