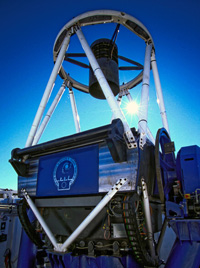 The LT Time Allocation Committee has issued a call for proposals for PATT time for observations in Semester 2017A (1st Jan 2017 → 31st Aug 2017). You may also apply for Reactive Time at any time throughout the year as described here. After taking off 20 hours set aside for Reactive Time, there are 280 hours available to be allocated for PATT in semester 2017A. The deadline for submission of proposals is 17:00 GMT on Monday, 3rd October 2016.

PATT accepts proposals from Principal Investigators (PIs) based in the UK. Employees of Liverpool John Moores University should usually apply through the internal LJMU call. Spanish PIs should apply for LT time through the Comision de Asignacion de Tiempos of the Instituto de Astrofísica de Canarias. Some Non-UK and non-Spanish PIs are eligible to apply through the OPTICON Trans-national Access programme, or through the International Scientific Committee (CCI). Non-UK PIs who are not eligible for CAT, OPTICON or CCI time may apply through PATT.

Full details of the Call for Proposals are available for download as a PDF file from here [ CallForProposals-PATT-17A.pdf ]. The file gives more information about the proposal process, reactive time applications, new and existing instruments, and the telescope's performance and rapid-response capabilities.

We would like to call the attention of applicants to three particular changes in 2017A.