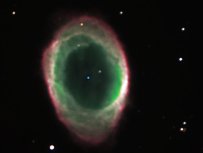 July 21st 2008 saw the fifth anniversary of "first light" at the LT, when on-site telescope assembly was complete and the first ever LT image of a celestial object was obtained. Since that time, the LT has taken half a million images as part of 183 separate research proposals led by 82 separate principal investigators, administered through five telescope allocation committees.

Some of the highlights over that time include:

These news items and more are available in the News Archive.